At this point, my body was not liking how it felt. I was full all the time and decided that the main issue was that my food was taking a long time to digest. The volume of water was not compatible with the heaver foods because they took much longer to process so I decided to try and eat much lighter meals. I dropped the granola at breakfast and had no in between meal snacks. I also decided to drop the sandwich at lunch time because it was too dense to digest while drinking the water so I switched my lunch meal to fruit. For dinner, I didn’t eat so many meals that had a form of meat in them and switched more to pastas and vegetables.  This did help in the beginning and even though I was feeling much better I could tell that I was going to have to make more changes.

I was doing a lot of research at the time and listening to a lot of blog radio interviews and discovered that cooking or heating our food in any way destroys the nutrition in it. Since I already knew that the main properties of distilled water where to remove toxins and dead matter from the body, it hit me then that if cooked/heated food is dead nutrition all I was doing by eating cooked food was putting dead matter into my body again. And if I was using distilled water to clean my body out, WHY WAS I CHOOSING TO PUT DEAD MATTER BACK IN? 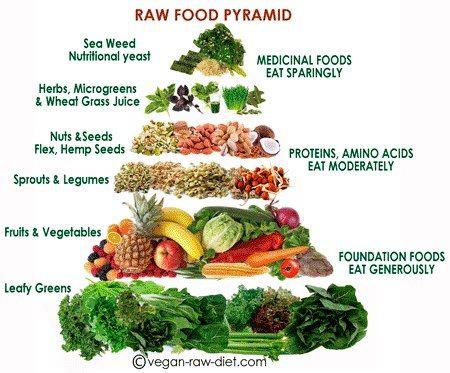 This was the turning point in my diet change. I used this simple logic to take a look at everything I was putting in my body and if it was processed, cooked or heated in anyway I removed it and replaced it with something raw and uncooked or unheated. I discovered that this was a big leap for me because 90 percent of what I was eating WAS processed, cooked or heated. This lead me to more discoveries about the food we eat and the primary thing I learned is that the process of pasteurization (heating a food or drink to remove bacteria) also killed any nutrition in the food.

So, for breakfast I switched to just fruit and coffee (usually a banana or two) and skipped the yogurt because yogurt is pasteurized. The rest of the day I would eat fruit or vegetables and for dinner I would have a big salad with greens, nuts, seeds and raw cheeses. I started feeling better immediately and I knew I was becoming cleaner because of the physical and psychological changes that were taking place within me. I was tasting my food more acutely and all of my other senses where improving as well. I was feeling more rested and my energy levels were off the charts!

But it wasn’t all rosy because I was also feeling the effects of the toxic symptoms coming up in my body as the distilled water did it’s job.