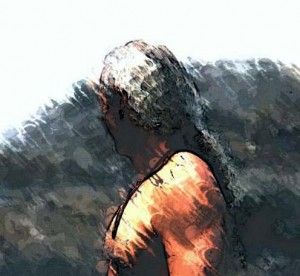 I started to feel changes in my body and energy levels within the first couple of weeks. It started with a feeling of lightness within the body. I also noticed that my energy levels were different in a way that I could only describe as calmer and more sustained. I continued my regimen of 4-5 workouts per week and normally my energy would be best suited for high intensity and short duration types of exercises with very heavy weights and 2-3 minutes of rest in between.

I had no problem doing this with the new diet/lifestyle but I couldn’t get the intensity as high for short duration so I experimented with using slightly lighter weights and higher repetitions and discovered that this style of training was better suited for the way my energy flowed now. In fact, I was able to cut my rest periods between sets to about 30 seconds so that I could keep the intensity high but differently. I also discovered that my body was able to recover much more quickly between workouts with virtually no muscle soreness on this new way of eating.

Even though my energy was high and I felt great the one thing that I was concerned with is how fast I was losing weight! My muscle tone was improving so I knew I was losing a lot of body fat but my muscles were becoming smaller so I also knew I was losing muscle mass. Being a “hard gainer” all my life, gaining muscle mass was very challenging for me and I did not want to lose what took me years to create.

So to help stabilize my weight loss I again experimented with the diet adjustments. I discovered by researching on Google that being able to to better digest what I was putting into my body would help with this. One thing I read over and over was that you eat a meal it is much better for digestion if you do not drink anything with the meal. Drinking while eating can drastically reduce the efficiency of the digestive enzymes and acids produced in your mouth, stomach and intestines. So with that in mind, I drank distilled water 30 minutes before and 1 hour AFTER EATING and never during my meals.

This helped me immediately with digestion and how my body felt during the eating process. I noticed that this also increased my overall energy levels which I realized meant that my food was digesting easier because the enzymes and acids used in the process were no longer diluted with liquids. This also equated to my weight loss slowing down because my digestion process had become more efficient and this allowed my body to repair and regenerate itself quicker. 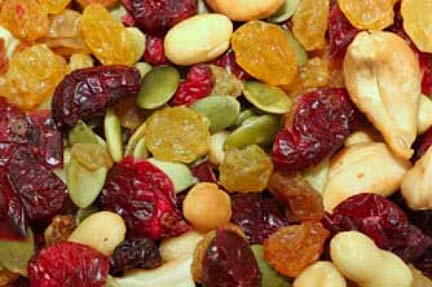 Another thing I did was to add some denser food to my diet. This included the use of more raw organic dried fruit and trail mixes and even raw organic uncooked oats. I also started including some versions of granola but was careful to make sure that these new added foods were raw, organic and uncooked in any way and had very little or no added salt. One thing I would like to mention here is that I removed any type of inorganic salt (or minerals) from my diet based on the premise that the body could only utilize ORGANIC minerals and they could only come from live, raw foods. If my body could not process it then it would end up a toxic substance and my whole goal was to remove all toxins so that my body could fully regenerate itself with only the best fuels available.

One important thing to consider with this whole process is that if you are wanting to lower your body fat levels and (as in my situation) not so concerned with losing acquired muscle mass then I would recommend that you stay with a diet of lighter foods and increase the juicing to two meals per day. This will allow you to get the concentrated nutrition you need and to speed up the detoxification process and allow the body to use most of it’s energy for regeneration. In my case, I was trying to balance gaining muscle with regeneration and chose to use the these methods.

Remember the heavier the food, the more energy is used for digestion instead of regeneration!

One more subject I want to cover here as it was a body change is the “loose skin” dilemma. During this process I lost over 50 pounds and in a relatively short period of time which caused my skin to become lose and saggy. Even though I was weight training and doing cardiovascular work it still occurred due to how fast I lost the body weight. I was really concerned with this because even though I felt great, I wanted to look as good as I felt and with saggy skin I actually looked worse than when I was heavier.

This turned out to be something that took care of itself over time as within 6 months to a year my skin looked tighter and younger than ever before. The two pictures below were taken about 6-8 months apart and you can see that my skin became tighter and firmer. The amazing thing about this is that I actually weighed less in the first picture (163 lbs.) versus the second picture (172 lbs.). This shows that not only did my skin become tighter but my muscles also responded to the new diet nutrition by regaining some of the mass I had lost while continuing to reduce my body fat levels.