This post will deal with things resulting in subjective observations that cannot be quantified or even put into reasonable categories. Everyone will experience some or all of these things in their own way and their previous programming will have an effect on what these experiences may mean to the individual person. By sharing my experiences I hope that you can see that once your body begins to regain it’s natural functions and processes your awareness will begin to change as well. 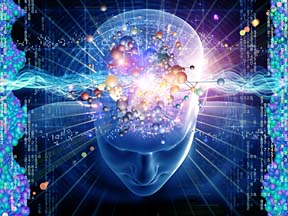 Prior to making ANY changes in my diet I had several years experience in a certain meditation process that I had been using EVERY DAY for almost 4 years so you can see I was pretty dedicated to using it. It is a CD based program called Holosync put out by Bill Harris at the Centerpointe Institute.

I am still using it today and have never missed a day of use since I started back in 2009. It has given me awesome results and has helped me to evolve over time.

Another tool I was using for personal growth was called the emWave2 and was created by the people at the HeartMath Institute. This device helped improve what is called “Heart Coherence” which is the synchronization of the mind, heart and emotions to center a person and create better healing, reduce stress and improve heart intuition. I had been using this device for almost 2 years prior and again it gave me positive results and benefited me in ways that allowed me to improve my life. 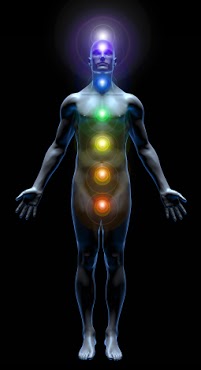 I mention these tools so you can see that I was on a path of personal growth and was using other methods to get real results but when I added distilled water and the diet changes, after 90 days or so the rapid changes in awareness were amazing. I know now that it was because ALL my channels were becoming clearer as the toxins were being removed from my body. The tools I was using worked even better now and my progress was really taking off! All of a sudden my meditations were deeper and more powerful and my heart coherence training was measuring greater results.

One of the first things that I noticed was that my 5 senses were becoming more acute. My vision improved, my hearing was better, I could smell things that I could not before, my sense of touch had improved and most noticeable for me was my sense of taste. I could really taste what I was putting into my mouth and was really sensitive to foods that were sweet, tart or salty. I remember one morning when I was putting celery into my juicer and forgot a little piece so I put it in my mouth and instantly noticed how salty it tasted. Before the diet change I could eat celery and barely notice that it was salty at all.

The other noticeable improvements that lie outside of the 5 senses and are more subjective were:

I now have powerful moments of deja vu and synchronicity that happen more often through out the day such as being in a store and saying something to someone and then hearing the exact same phrase or words seconds later from someone else in an unrelated conversation (echo effect) a few lines over at the check out counter. And not just once, but continuously throughout the day.

Another amazing thing is how being clearer effects my sleep state. I now have better more restful sleep and my dreams are clearer and more vivid as well as more dreams where I am in a lucid state and actually know that I am dreaming. When in this state I can now alter my dreams and actually change them as they form, which is something I never was able to do before.

If I were to put it in a general way, moving to this type of diet and lifestyle have really awakened me to aspects of myself that I did not know were available to me when eating cooked nutrient depleted foods that carry little if any life force within them. I truly think the whole key here is the ACTUAL LIFE FORCE within the foods as well as the CONSTANT DETOXIFICATION process going on within the body.