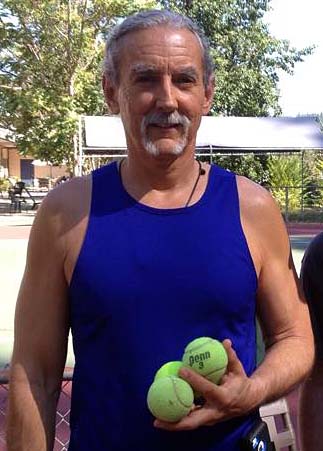 It has been over a year now since the last post and a lot of personal changes have occurred in my life. I have relocated back to the Nevada County CA area from Humboldt County CA and have gained about 17 lbs of body weight. Some of the changes have led to the weight gain but the one thing that remains constant is my adherence to my diet and distilled waters regiment.

When I last posted I was working as a caretaker on a horse ranch as a trade for a place to live which was right near the ocean. The weather was often foggy/cloudy and the temperatures ranged from mid 40’s to mid 60’s. The work was physical and strenuous and very rewarding. Also at the time, I was doing my 4-5 day workout sessions using only dumbbells and a strap system known as the TRX which uses body weight and angles for resistance training. The reason I emphasize this is because those conditions made it very hard to add muscle to my body with this diet and training regime.

In January 2015 I moved back to Nevada County CA where I began to re-establish myself in the fitness industry and introduced my new found experiences that I have chronicled here in this blog. I rejoined my old gym, Club Sierra Sports & Fitness Center and began using free weights again and training heavy in hopes of regaining some of the muscle mass I had lost during the lifestyle change over the last three and a half years. 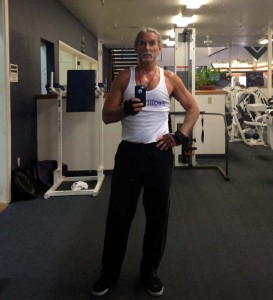 I also have focused my energy on building up my web design business, GoldenWolfe Web Services rather than what I was doing on the horse ranch. I mention this because the change in lifestyle allowed me to better control the amount of energy I was expending during my day and I could focus my physical efforts on building back my muscle mass and the recovery time that was necessary to get results. As a caretaker on the ranch I was burning up my energy doing hard labor and was then using what I had left (which wasn’t much) for workouts and recovery so my body weight slowly dwindled to around 161 lbs. over time.

Since the move, I have been able to better monitor my energy expenditure and have become more physically fit from a standpoint of being able to dial myself in based on what I want to achieve. In other words, I now have more control over the design of my fitness.

I also returned to one on my most loved activities, which is training in Kung Fu San Soo. When I first re-entered the Dojo, I noticed a lot of things were now different in the way I used my body. The last time I trained there I was 60 lbs. heavier and had way less speed and agility than I did now. However, I also noticed the effects of no longer having that extra weight to muscle my opponent around on the mat so there was this trade off that I had to adjust to. 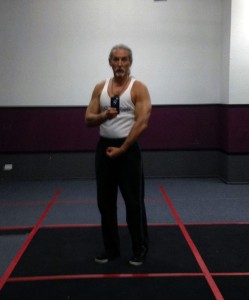 I decided that my new goal was to find a happy medium between what I had gained and what I had lost and so I redesigned my workouts at the gym to enhance what I wanted to achieve in the Kung Fu studio. So over the next 8-10 months, I worked on doing just that and have gotten to the point where I now have even more speed, agility and power than I have ever had before.

Since this blog is about the diet and distilled waters aspect of the journey I will not go into detail on the actual design of the physical training needed to reach my goal but I will tell you how I slightly altered my diet in order to compensate for the result I achieved.

I switched my evening meal which was a big salad, to a raw juice/smoothie combination that emphasized some fruit but mostly green vegetables along with hemp, chia, flax and sesame seeds. My thinking was that since it was in liquid form, it would take less energy to digest and I would benefit from the super nutrition I was getting from the mix combinations I was experimenting with.

So now I am having a raw juice/smoothie combination twice per day (morning & evening) and was having the solid food (fruit, nuts, seeds, dried fruit) during the day. This allowed me to gain weight and recover faster while maintaining high energy levels throughout the day.

The combination of training and diet change worked so well that I re-gained muscle fast, 14 lbs. in 6 months. It worked so well that I was actually starting to put on some body fat (3 lbs.) as well which I did not want to happen because to me body fat adds nothing beneficial to what I was trying to achieve ….. it is just added weight and tissue which limits my agility and speed. 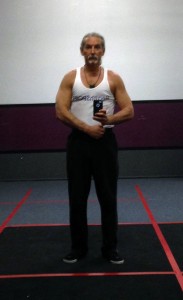 Since I now had a better idea of how to adjust my journey through experience I figured that I could either increase my physical expenditure or reduce my calorie intake to eliminate the body fat. I felt that I was already giving maximum effort in my 4-5 gym training sessions, 1 full on Kung Fu training class and a long recovery walk on Sundays so I decided to play around with the diet side of the equation.

I played around with different food/time combinations and then it dawned on me ….. keep it simple! I remembered that one of my main goals on this journey is to continue to detoxify my body and what better way to do that than fasting. In the beginning of the journey I was fasting a lot and remembered how quickly my body was healing from old injuries and how it was literally slowing and even reversing my aging process.

Those previous fasts were too drastic for what I currently wanted to achieve because they were mostly just distilled waters fasts and no nutrition for up to 14 days in a row. So, I decided to experiment with variations of fasting and have come up with what I am currently using.

I now do a juice fast on my off training days (2 days per week) that consists of the normal raw juice/smoothie combinations in the morning and evening and during the day I just drink distilled waters. All other days of the week I use the normal (for me) diet that I was using. This approach has worked well for me. I drop about a pound of body fat per week with this method, rejuvenate my body with the fasts and reduce my calorie intact on my less active days while still giving myself full concentrated raw nutrition on the days that I push my body to it’s limits.

One of the nice things that I have noticed is happening is that the local people from the gym and Kung Fu studio are now curious about what I am doing and some of them have actually added some of these ideas to their own lifestyles. I am seeing people slowly awaken right before my eyes and the benefits to them and all will eventually make this world a more conscious place to be …. the journey continues.